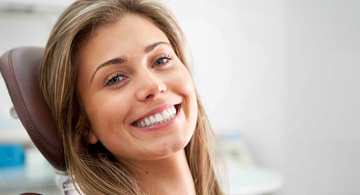 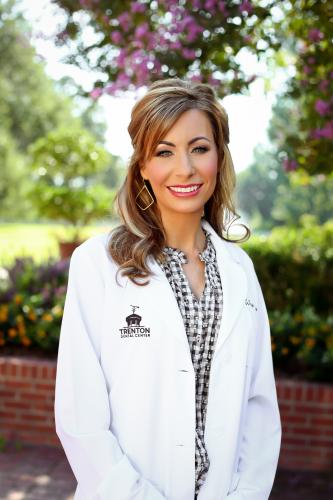 Dr. Volentine, daughter of Ronny and Dianne Volentine, was born and raised in Ruston. She has two brothers, David and Ross. She is married to Ross Smith, also a Ruston native. They are blessed with two daughters, Gabrielle and Tessa, and a son, Thomas.

She and her husband are residents of Ruston and attend Temple Baptist Church. She went to Cedar Creek from kindergarten through high school and got her bachelors degree in biology from LA Tech in 2001. At LA Tech, Dr. Volentine was involved in numerous activities including Alpha Chi Omega sorority, Student Advancement Team, Student Speakers Bureau, and Who's Who Among American Colleges.

She recieved her DDS from LSU Dental School in New Orleans in 2005. At LSU, she received the American Academy of Cosmetic Dentistry Student Award of Merit and was on the Dean’s List numerous times. She has been practicing dentistry since 2005 and opened up her own practice in 2008.

What Clients Are Saying

"I was referred to Dr Anzalone from my dentist for an extraction and an implant. I had concerns about the treatment due to my age, 85 years old. Dr Anzalone performed the procedure at minimal discomfort to me. I loved his personal care towards me and very much appreciated his telephone calls the afternoon and evening after my procedure. He is #1 in my book!"

Are you ready for a better smile?